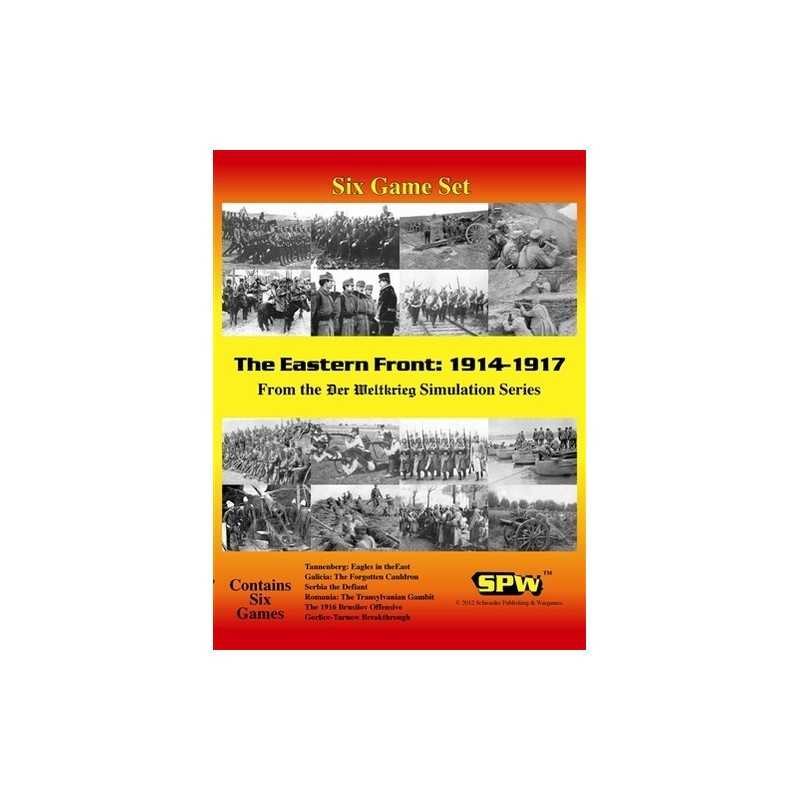 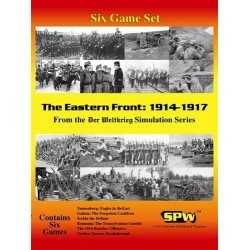 Tannenberg: Eagles in the East

The vast majority of the German Army is arrayed against France and Belgium. Only a small force is left to hold off the Russian hordes in the east. German plans are to conduct a fighting withdraw from East Prussia. The Russian invasion causes the German commander to panic. Hindenburg replaces him, and bold plans are formed. The Germans take desperate gambles as they counterattack against two separate Russian Armies. Russian infighting and ineptitude lead to one of the greatest victories in German military history.

Galicia: The Forgotten Cauldron The main bodies of the Austro-Hungarian and Russian Armies face each other across the fields of southern Poland. Each side moves to attack and drive the other back. The Austro-Hungarian vacillation between different war plans creates confusion, but the fighting spirit of their professional Army produces initial success. Additional Russian armies join the fray and attack the weak Austrian right flank. A see-saw fight ensues, ending with an Austro-Hungarian retreat to the mountain passes protecting their heartland. Both sides now steel themselves for a protracted struggle that could mean the end of either Empire.

Serbia the Defiant Austria-Hungary invades Serbia as punishment for her role in the assasination of Archduke Ferdinand at Sarajevo. Since most of the Austrian Army must confront the Russians, the forces facing each other in Serbia are rather evenly matched. The Serbian Army, battle hardened by years of fighting in the Balkans, aggressively counters Austrian incursions. The Serbs fight for their national existence in one of the greatest "David vs Goliath" campaigns of modern history.

Gorlice-Tarnow Breakthrough With the front in France stalemated across no-man's land, the Germans redeploy powerful forces to the east. Their objective is to save Austria-Hungary from Russian pressure. Initial penetrations at the towns of Gorlice and Tarnow soon unravel the Russian defenses. A dramatic pursuit of the Russian Army across Poland ensues.

The 1916 Brusilov Offensive The brilliant Russian general Brusilov develops tactics to crush the Austro-Hungarian front lines. His bold plans call for wide-front assaults that prevent the concentration of Austrian reserves against any single thrust. The Russians destroy an entire Austro-Hungarian army and create a crisis that the Austrians and their German allies will have extreme difficulty containing. The Russians have the opportunity to win the war on the Eastern Front.

Romania: Transylvanian Gambit Russian successes bring the Austro-Hungarian Empire to the breaking point. The Romanians seize the moment to grab Transylvania from their once powerful northern neighbor. The Austrians have little left to hold off the Romanian invasion. An ad-hoc formation of Germans and Bulgarians counter-invade Romania from the south. Russia sends reinforcements to their new ally. Each side moves to seize and retain the initiative in an epic campaign.