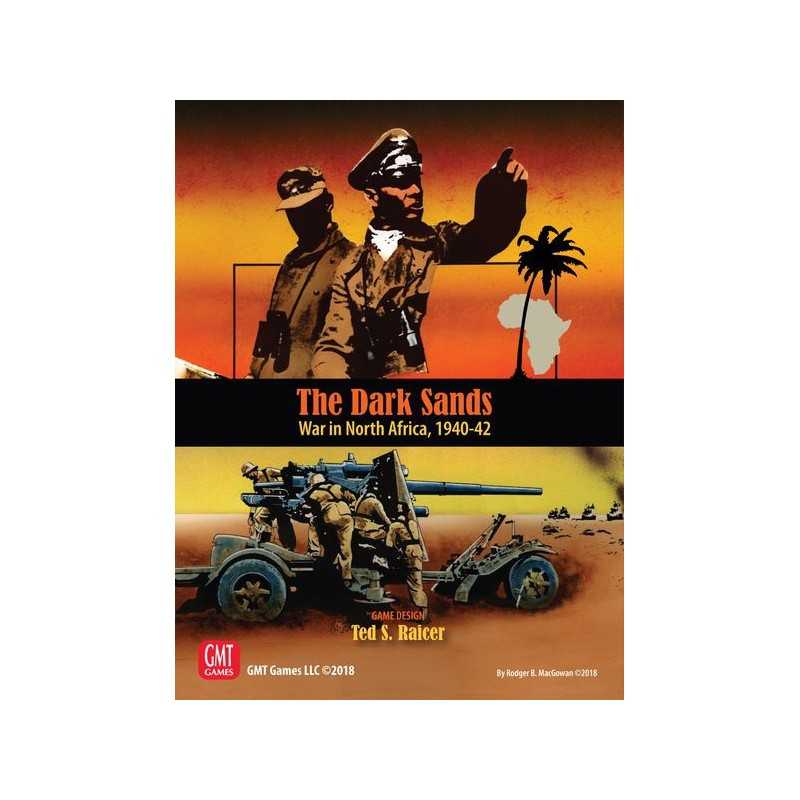 The Dark Sands takes the game system from Ted S. Raicer’s sold-out and critically acclaimed The Dark Valley: The East Front Campaign to the legendary battles of North Africa in WWII.  From the most successful British armored operation of the war, Operation Compass, to the climactic battle two years later at El Alamein 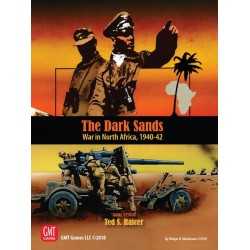 The Dark Sands takes the game system from Ted S. Raicer’s sold-out and critically acclaimed The Dark Valley: The East Front Campaign to the legendary battles of North Africa in WWII.  From the most successful British armored operation of the war, Operation Compass, to the climactic battle two years later at El Alamein

The Dark Sands takes the game system from Ted S. Raicer’s sold-out and critically acclaimed The Dark Valley: The East Front Campaign to the legendary battles of North Africa in WWII.  From the most successful British armored operation of the war, Operation Compass, to the climactic battle two years later at El Alamein, The Dark Sands breaks new ground in portraying the campaigns of the British 8th Army and Rommel’s Afrika Korps.

The Dark Sands comes with two large-hex maps, which are subdivided into three map sections: West (El Aghelia to Derna), Center (Tmimi to Sidi Barrani) and East (Matruh to Alamein). The West and East maps are scaled at 9 miles to the hex (which is pretty standard for games on this subject) but the Center Map is scaled at 4.5 miles to the hex . This allows the area where most of the campaigning took place to be treated in much greater detail: the Gazala line, only 4 or 5 hexes in most games, is twice that in The Dark Sands. But the different maps and scales are handled simply, through different terrain costs and limits on units in combat, without the need for complicated rules. The time scale is one to two months per turn. The campaign game is 17 turns long, but there are four short scenarios (Compass, Rommel Arrives, Crusader, and Gazala)  that can also be used as starting points for a shorter campaign.

The 264 5/8” counters portray the Axis and British Empire forces from battalions to divisions (most British units are brigades). Movement allowances range from 4 to 10, but all units can use Extended Movement. This allows unlimited movement along roads and trails provided you do not move adjacent to an enemy unit. But the risk of breakdown and attrition means it must be used sparingly, while allowing for the historical retreats and pursuits that moved halfway across the map in a couple of weeks.

The random Action Chit system from The Dark Valley allows for fog of war without hidden units or simultaneous movement. Chits activate either one’s entire force or portions thereof, for movement, combat, and sometimes both together. But unlike The Dark Valley, there are limits on the number of chits one side may play in a row as the smaller armies and more limited battlefields of North Africa meant the armies were better able to quickly react to one another’s actions. But as with The Dark Valley, chit draws will shape rather than decide the course of the game, and the player who can best adapt to uncertainty will come out on top.

Unlike most games on this subject, The Dark Sands concentrates on the operational/tactical aspects of the game, putting you in the shoes of the Desert Fox and his opponents, rather than that of their logistical staffs. There are no supply counters or supply points to bother with, no network of depots to keep track of. Instead supply is simply traced a set distance to a road or trail and then back to a supply source. But the lack of logistical fiddling does not mean The Dark Sands ignores realistic limits on a player’s actions. Instead, the ebb and flow of supplies (largely out of the hands of Rommel and the 8th Army commanders) is dealt with through the Action Chit system (which includes TWO Logistic Chits where supplies are checked for both sides each turn) and a very few special rules. These limit Axis capabilities on the East Map, British capabilities on the West Map, and make Tobruk a key target of both sides. (There is also a rule for the effects of the large stocks of supplies captured each time Tobruk changed hands.)

Reinforcements arrive on a historical schedule, modified by the fact that each sides reinforcements are placed on the map when their Reinforcement Action Chit is picked. So you know that division you need will arrive next turn, but you don’t know WHEN during that turn. The British also have to deal with units being withdrawn to other fronts. Replacements are handled by another set of chits, which varies the number of replacement points available to rebuild your forces. But only the British may save replacements, and the British also upgrade their tank forces during the war.

Headquarters (mostly corps) units provide arrival locations for reinforcements/replacements, and are needed to activate units on the draw of certain chits. In addition the use of artillery support markers (which add combat strength on attack and defense) is tied to the headquarters. Air support, British naval guns, and German anti-tank guns (including the famed 88s) are also represented by markers, with various limits on their use. Other rules cover fortified boxes, the fortifications of Tobruk and Bardia, the Axis construction of the Tobruk bypass road, and British construction of the rail line from Egypt into Libya.

The Desert War has been described as “a tactician’s paradise and a quartermaster’s hell.” The Dark Sands allows you to concentrate on the former, while allowing the game system to handle the latter. An excellent solo game, it is also a sharp contest of wits between opposing players. With a campaign game playable in a day and scenarios playable in a couple of hours, The Dark Sands will provide a fresh challenge to even the most experienced armchair Monty or Rommel.