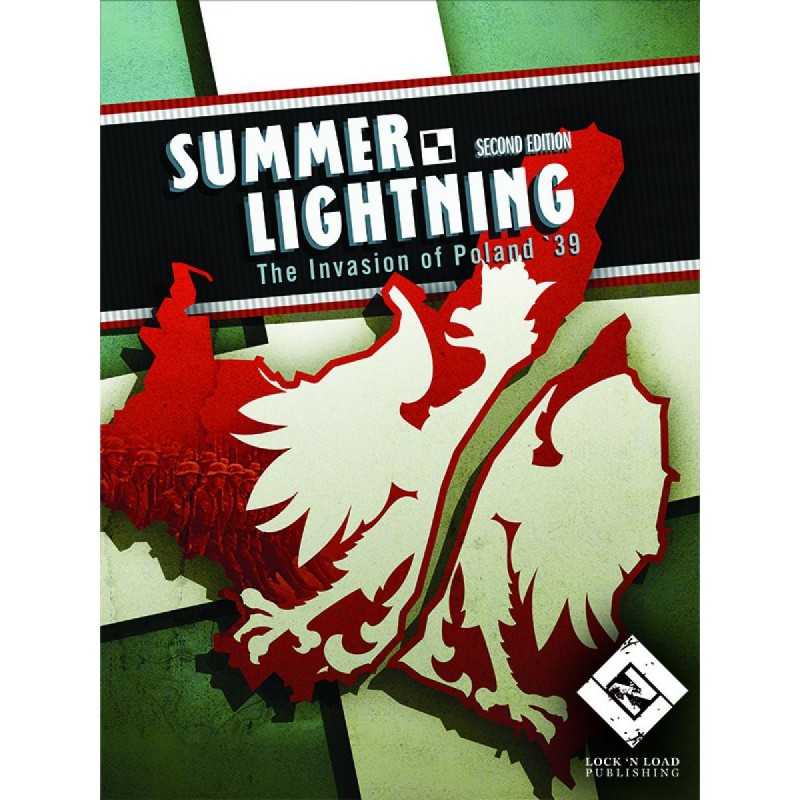 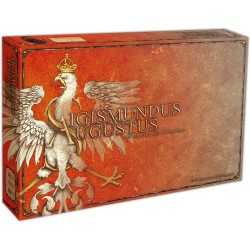 The German Army rolls across the Polish border, intent on the subjugation of their neighbor. Thousands of German soldiers advance with deadly Panzer tanks, and officers eager to try out a new type of war - Lightning War - Blitzkrieg!

Summer Lightning is an operational simulation in which players command divisions, brigades, corps of armor, infantry, cavalry, mountain troops and more. Designed by veteran designer Brian Train, Summer Lightning is the invasion of Poland by German, Slovakian and Soviet forces September - October 1939. The campaign was a brief, bloody and confusing affair fought between two armies which were considered equals.

Despite the interesting campaign, there aren't many war games on the Polish campaign, probably because the conventional wisdom is that it was a very unbalanced contest. The German Army knew it had superior numbers and organization, but much of its equipment was no better than that fielded by the Polish troops. The concept of blitzkrieg had not been proven in actual combat, and they were not sure that the campaign would not bog down into static fighting. As it was, the German Army lost over 16,000 men in the five weeks of the campaign.

Summer Lightning uses a proven game system that features an interactive sequence of play and near-diceless combat that both shows the historical German superiority in command and control and is flexible enough to allow players to explore many variations and options so that the game can be as equal (or unequal) a contest as they want. Options include variable Polish deployments; greater or lesser surprise and speed of mobilization, hanged attitudes of the Soviet Union or neighboring counties; French intervention; Plan (The Romanian Bridgehead Strategy); and even the possibility that the Blitzkrieg, so appealing in theory, fizzles out on the battlefield. Also, because so many war games are designed for two but played by one, an optional solitaire play method is included.


Print and Play Edition: The Print and Play Edition is also known as our Download PDF edition. For those who like to print their own game components, this option is for you. These files were designed for a fast download and can be printed on both US Letter and A4 paper sizes. Included is everything you need to print on a home printer or a local print shop. You can select to purchase the PDF Download only at a reduced price under the Available Options on the product page. If you are not sure if printing your own game is for you to learn how with this article here.