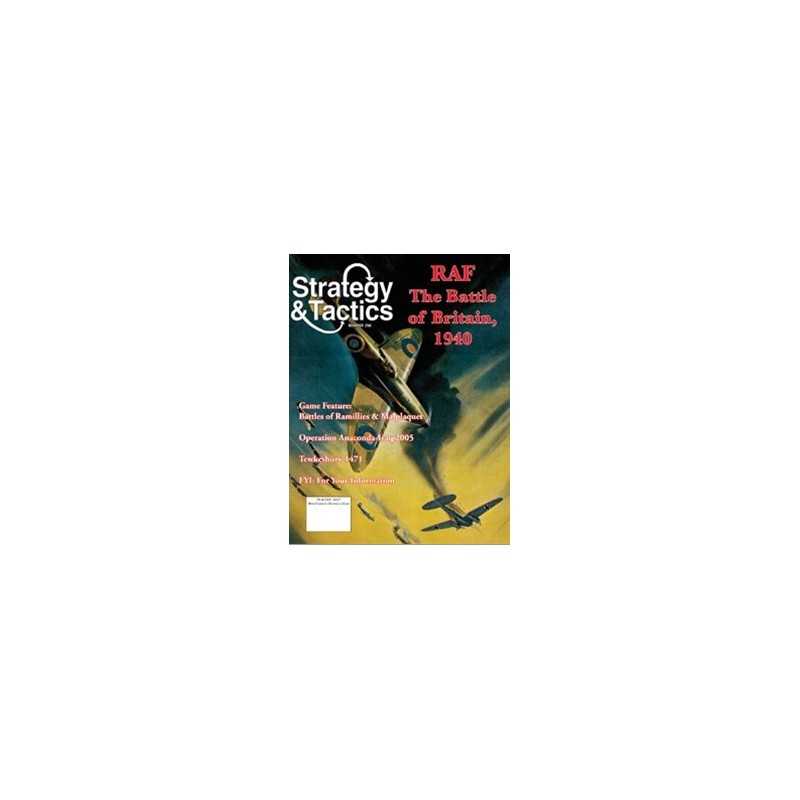 Marlborough’s Battles (MBat) is a wargame of intermediate complexity, designed by Richard H. Berg, covering two of the Duke’s great victories in the War of the Spanish Succession: Ramillies, a massive cavalry clash, and Malplaquet, a huge infantry battle.

The period in which Marlborough fought was a transition between the musket-and-pike era and the more fluid, if still massed, tactics that emerged with Frederick the Great. The key transitional mechanic was the invention of the socket bayonet, which allowed gun-armed infantry to use their weapon for shock as well as fire combat. The battles fought in the War of the Spanish Succession were the first major engagements in which that innovation was used, and the commanders hadn’t yet learned to appreciate its value. Warfare in that era was therefore mostly still formalized, rigid and stolid.

The map scale is 225 yards per hex. Each double-length infantry unit is composed of, on an average, four battalions and contains about 2,000 to 3,000 tightly packed men. The square infantry counters (for use in Malplaquet) each represent about half that number. Cavalry units each contain about five or six squadrons, about 600 mounted men. Artillery units each represent 12 to 18 guns. There is no per-turn time scale, as there are no distinct game turns. The game simply starts and then keeps going until one player wins. To accomplish that the system uses a “continuation activation” mechanic. The following steps comprise the repetitive activity cycle within play of each game.

A. The player whose turn it is activates one of his side’s commands.

B. When activated, that individual command's units may move and/or fire or rally and, after all movement and firing is completed, they may shock attack or charge.
C. When the units in an activated command are finished performing the activities described above, that same player selects another of his individual commands – but not the one that just went – for activation and rolls the die. If that result is equal or lower than the selected individual command leader's activation rating, that command goes (performs as described above). If, however, that result is higher than that individual command’s leader’s activation rating, or you opponent “seizes continuity,” play passes to your opponent, who may activate any one of his side’s individual commands, with no die roll necessary. Play continues in that manner until one side exceeds its “flight level,” which means that side has lost the battle.