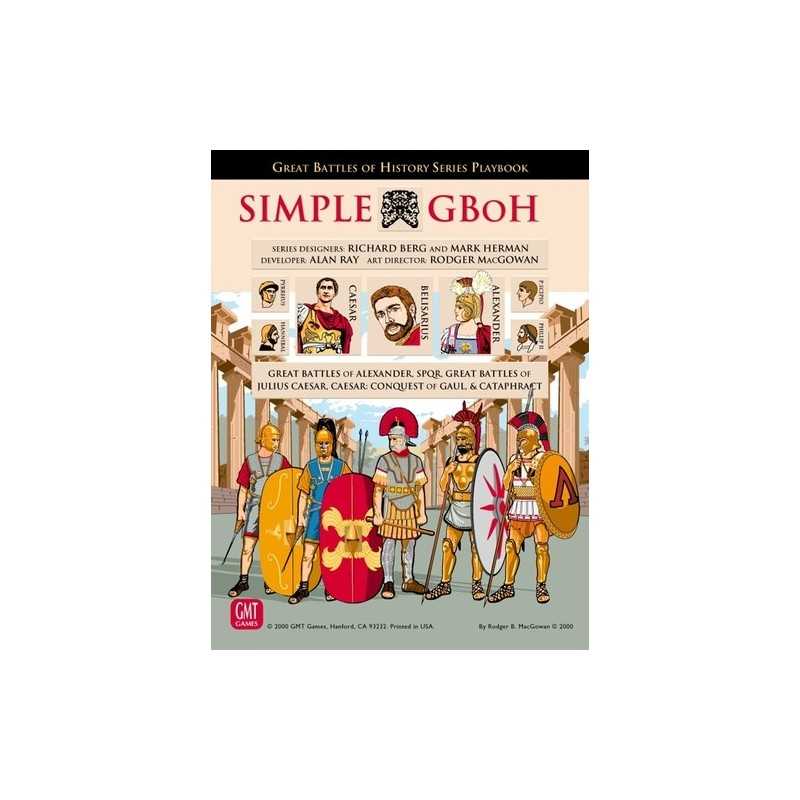 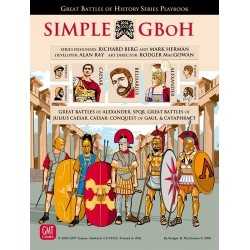 A significant simplification of GMT's popular Great Battles of History series, this is a set of rules that allows you to play scenarios from any of the various ancient, non-War Galley, GBOH games (Alexander, SPQR, Caesar: The Civil Wars, Caesar: Conquest of Gaul, and Cataphract) and their many expansion modules. Many of the more fiddly aspects of the system have been dramatically simplified (shock combat, missile combat, orderly withdrawl, elephants, leader activation), or eliminated entirely (rout/rally, individual orders, strategy ratings, momentum, trumping). The rules for SGBOH are the same across all the GBOH settings, so there is no problem moving from game to game. Scenarios also play much faster, from 1-3 hours instead of the old 4 hrs and up. Unfortunately, balance remains extremely suspect for the vast majority of scenarios, but at least they are up front about this, listing approximate playing times and balance guesses for all the scenarios (of 53 scenarios, only 11 are rated as "even").

Note that this is not a standalone game; ownership of at least one GBOH title is required. Currently, the only two in print are Caesar: The Civil Wars and Cataphract. Since Cataphract already features short scenarios and a significantly streamlined system compared to the other games in the series, SGBOH will be of less appeal for players of that game. Also note that SGBOH does not cover Samurai and Lion of the North, despite their (nominal) inclusion in the GBOH series.