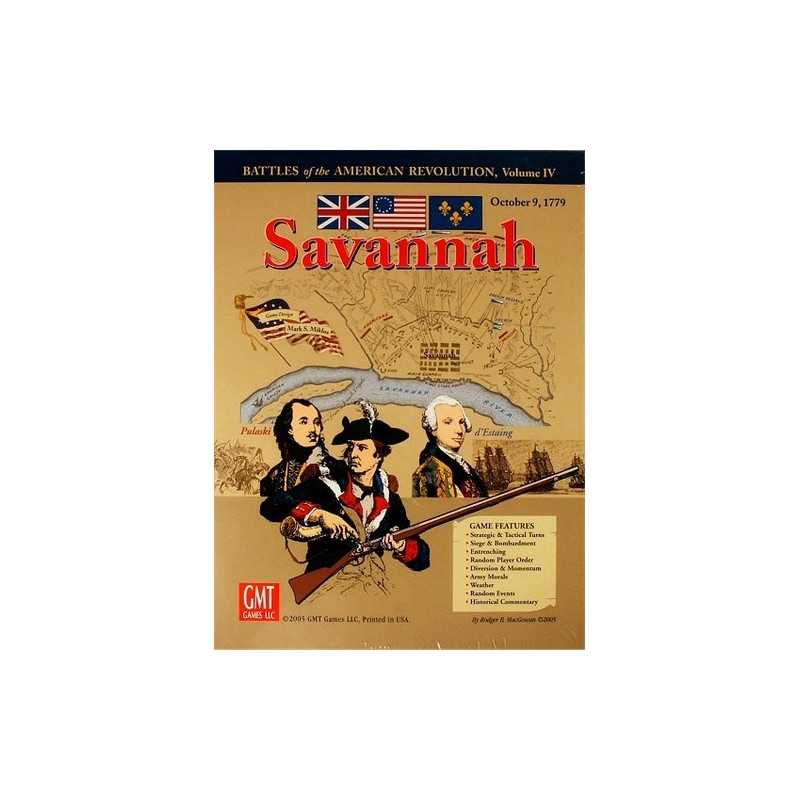 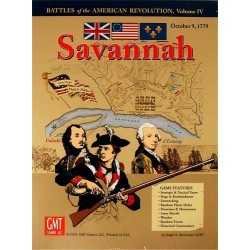 Volume IV in GMT's American Revolutionary War Series portrays the events from September 10th to October 9th, 1779, as the Franco-American Allies mount their first significant cooperative effort against the British in North America during the Revolutionary War.

Savannah is a departure from the other battles in the Rev. War Series in that it covers a span of four weeks. To accommodate this, as well as to depict salient features of an 18th century siege event, several new mechanics and a bit of chrome have been grafted to the core game system.

Random Events is one of ten new features and a deck of 55 Random Event cards is provided, most of which define historical events from the actual siege and assault. Players have a maximum of nine opportunities to draw from the deck, although players may use Momentum Chits to "purchase" extra card pulls. Some cards benefit only the Allied Player(s), others benefit only the British Player and some can benefit either player.