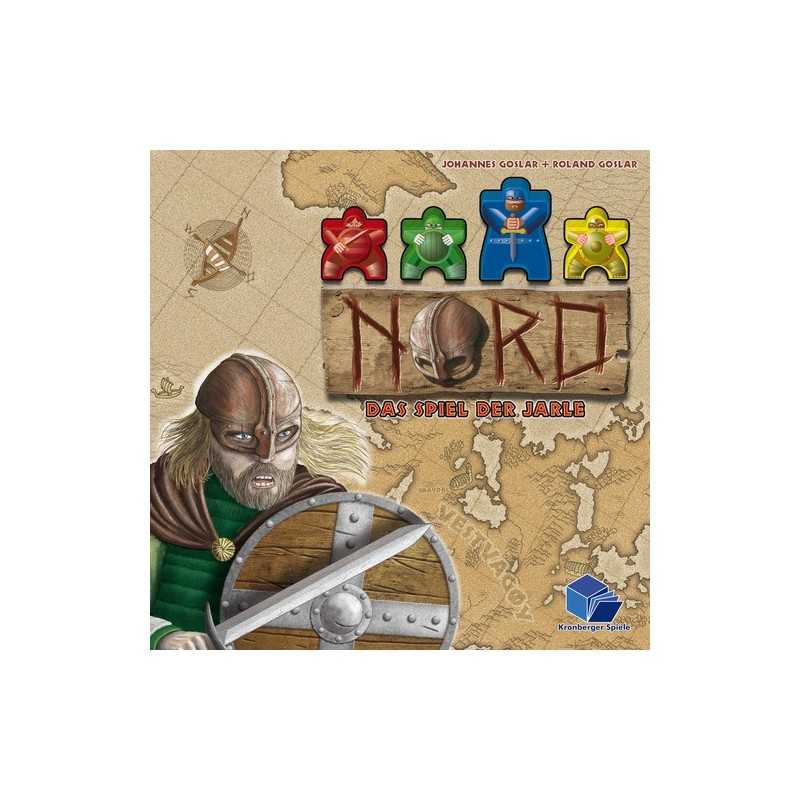 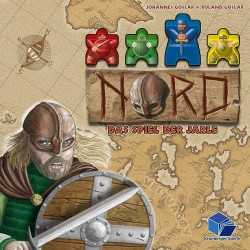 Far to the north, off the northwest coast lies a cliff-ringed island:
Rugged mountain ridges, deep fjords, dark forests, surrounded by black waters.
Long ago, the Northmen lived here. As workers, they lumbered wood, hunted salmon,
and mined for ore. A hard life. As soon as they saw a weakness, though,
the tribe banded together, attacking the next settlement over. Some died,
the surviving warriors stand fast und challenged the old jarls.

In Nord, each player leads a clan, ordering workers and fishermen, performing attacks, uniting settlements, and providing their fighters with raw materials and food. Each player starts with one jarl and one warrior in a settlement, and a typical game turn takes up to three steps:

The game ends after the fourth scoring with a final scoring of treasures that the players hoarded throughout the game. The player with the most points wins.