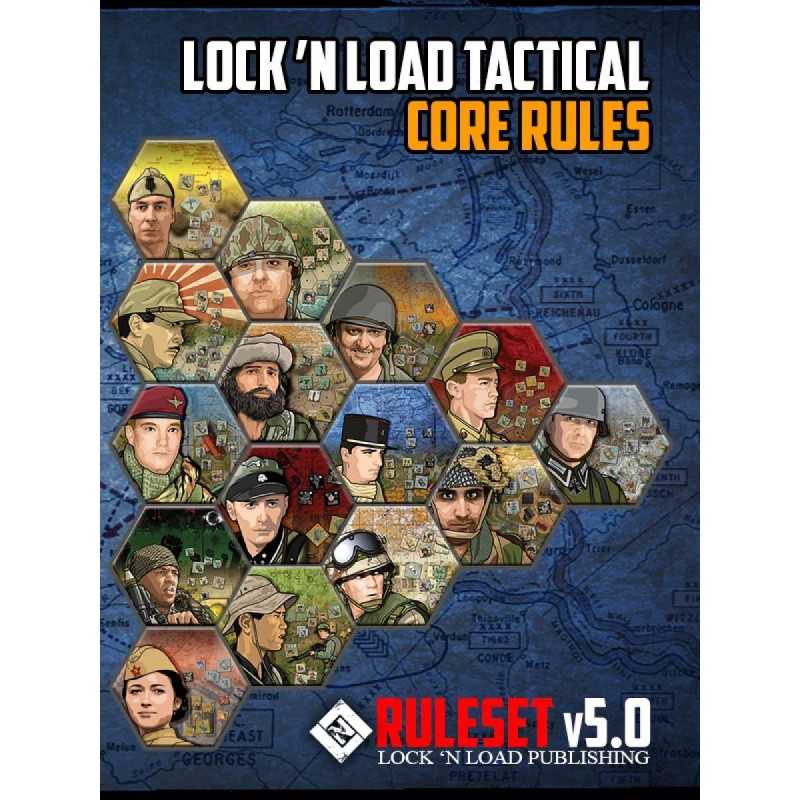 The LnLT version 5.0 (v5.0) rules manual contains the latest set of guidelines and regulations for the game system. Our goal is to present the rules in a straightforward manner without disrupting their existing structure and foundation.

For over 15 years the (LnLT) system has set a new standard in Squad-level gaming. Its innovative gameplay mechanics, unparalleled artwork, historical scope, and accessibility have entertained veteran and new gamers alike. Over that time, our rules have grown, too, introducing new unit capabilities and concepts; they have also matured in their presentation.

The LnLT version 5.0 (v5.0) rules manual contains the latest set of guidelines and regulations for the game system. Our goal is to present the rules in a straightforward manner without disrupting their existing structure and foundation. One of the biggest difference between the v5.0 and the v4.1 rules is that the World War II- and Modern-era core rules are no longer separate, making these rules a more comprehensive set, for use with the entire system. For clarity, some rules sections have been modified not with content but with a new structure, e.g., additional subsections, more bullet points, or more images and examples—and even in-depth examples. Additional cross-referencing of rules expanded unit-image diagrams and a detailed Index have also been added.

Other new additions to the v5.0 rules are numbered examples within each rules section and the implementation of a hexagonal color-coding system in the Table of Contents and throughout the manual, to make referencing certain sections and subsections easier. Two new rules sections have been added: one on Scenario Information, which breaks down how scenarios are laid out, to aid new gamers; and another on unique Weapons and Equipment. And a Series Resources section introduces new and veteran gamers to additional ways to expand and enjoy the LnLT system.  We have added Video and Audio aids for the manual to help learn the system.

Learning any game system can be daunting, but don’t be dissuaded; we use a large font-size, to accommodate the eyes, and have lots of examples, to illustrate the mechanics. Further, the best way to learn is to have another person show you how to play, but that’s not always an option. We encourage new players to read the two gameplay narratives (for infantry and vehicles/ ordnance) found at the back of the booklet before reading the rules, to familiarize yourself with how a scenario plays in an intuitive and observational manner.

The v5.0 rules can be used with any previously published LnLT module, including the Solo system.