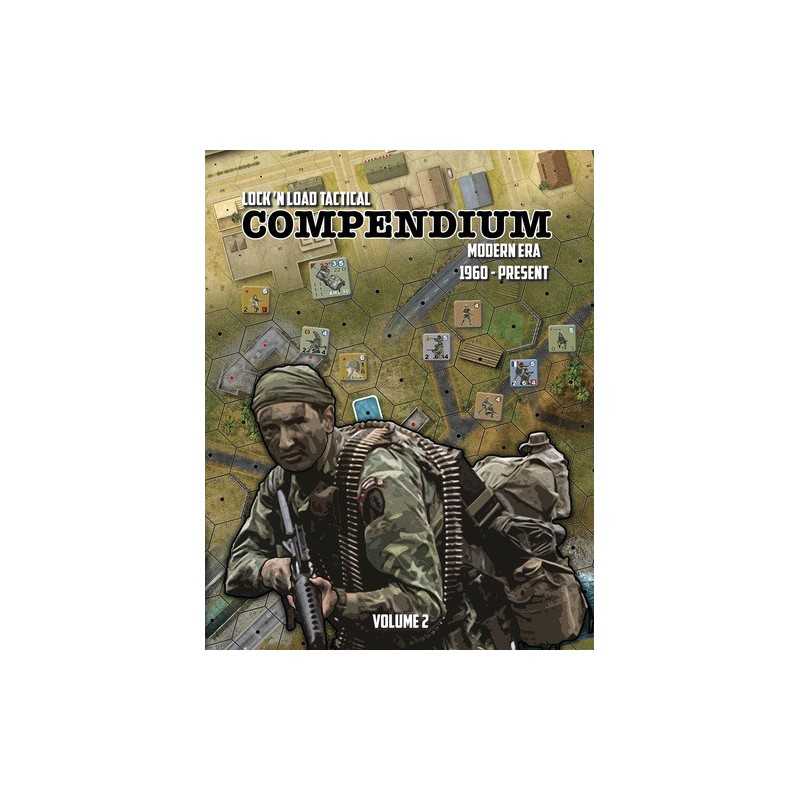 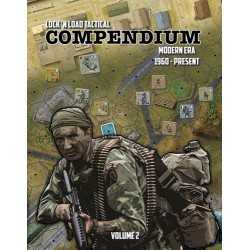 The Lock ’n Load Tactical Compendium Volume 2 collates, in a re-edited and updated format, all of the essential Modern-Era LnLT articles, maps and scenarios from every issue of Line of Fire magazine, plus some new content.

In the Compendium Volume 2 you can read indispensable articles on forces and tactics and how to deploy them in games such as Heroes of the Nam, Heroes of the Falklands, Heroes Against the Red Star and Day of Heroes. Get up to speed on modern tank tactics. Read about the Long Range Reconnaissance Patrols (LRRPs) in Vietnam and then play two scenarios that feature them. Plus, historical articles that feature tactical insights on both Heroes of the Nam and The Bear & The Jackal provide insight and perspective into mastering the scenarios in those games—and, more importantly, in how best to defeat your opponent. And much more.

Scenarios, and more gameplay, are what most gamers want, and there are over 20 in Volume 2 of the Compendium. From a bold rescue mission in the jungle of Vietnam in 1972 to the Falkland Islands in 1982 and the Cold War gone Hot in 1985, there are battles to be fought, and desperate struggles to unfold. With over 100 pages, over 20 scenarios and 1 map, this Compendium has something for everyone who’s a fan of the Lock ’n Load Tactical series’ Modern-Era games. And it’s all right here: One game system, one era. one place!