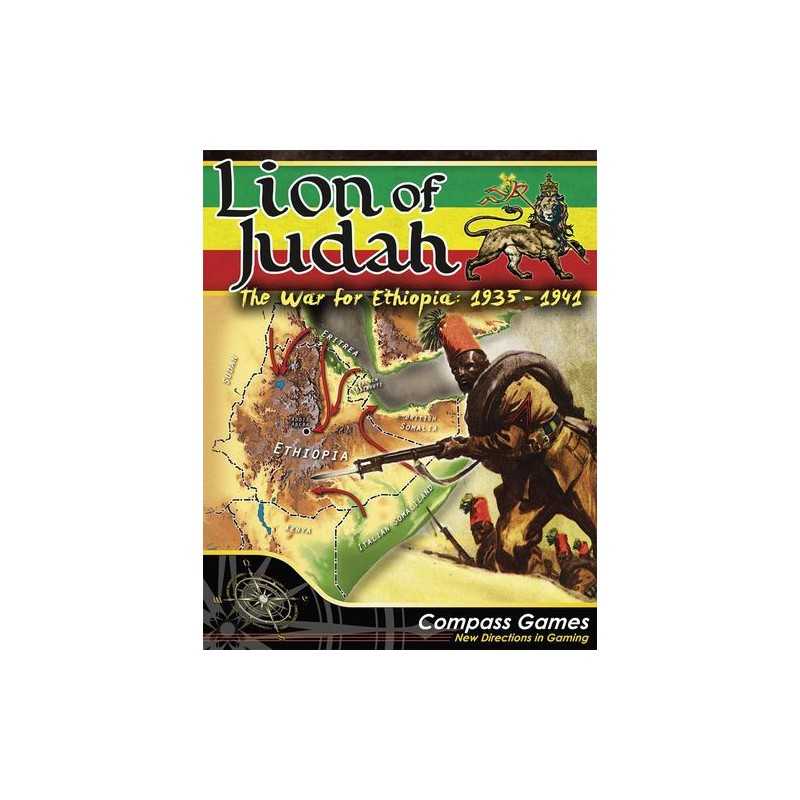 Descripción del juego
Lion of Judah: The War for Ethiopia, 1935-1941 is a two-player wargame simulating two campaigns located in the Horn of Africa - Italy vs. Ethiopia in 1935-1936, and the British Commonwealth and Ethiopia vs. Italy in 1940-1941.
The scenarios use a common rule set combined with scenario-specific rules. Regular units are mostly divisions, brigades and regiments, while irregular units include warrior levies and tribal bands. Armor, transports, air power, and headquarters (which represent corps-level artillery assets, engineers, and administrative and command centers) are also represented.
Lion of Judah has one large-hex map and approximately 400 counters representing Italian, Ethiopian, Commonwealth, French and German units. In addition to the military units, there are markers to track game and unit status, as well as several Random Event markers used in the historical scenarios for added historical flavor.