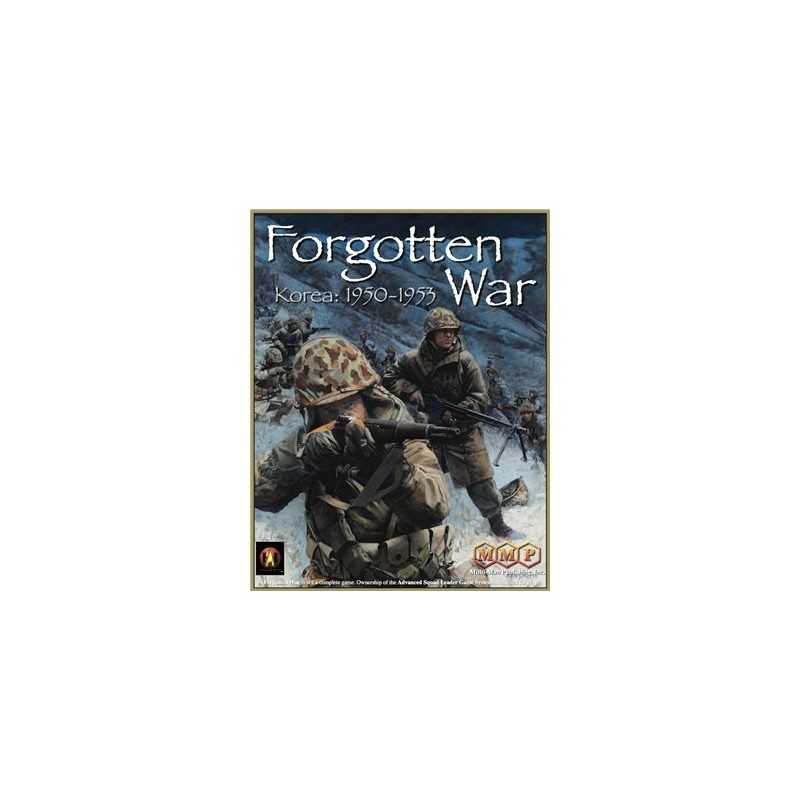 For the first time, an Advanced Squad Leader module steps outside of the traditional World War II era to bring you Forgotten War, covering the Korean War of 1950-1953. New rules in Forgotten War cover Steep Hills (reflecting the difficulties of movement and combat in the rugged Korean terrain

Forgotten War includes several new nationalities, each with its own distinct characteristics, and expands some existing nationalities. FORGOTTEN WAR nationalities include the following:

O.U.N.C. (Other United Nations Commands), representing forces from such countries as Colombia, Ethiopia, France, Thailand, and Turkey, all of whom contributed to the U.N. effort;