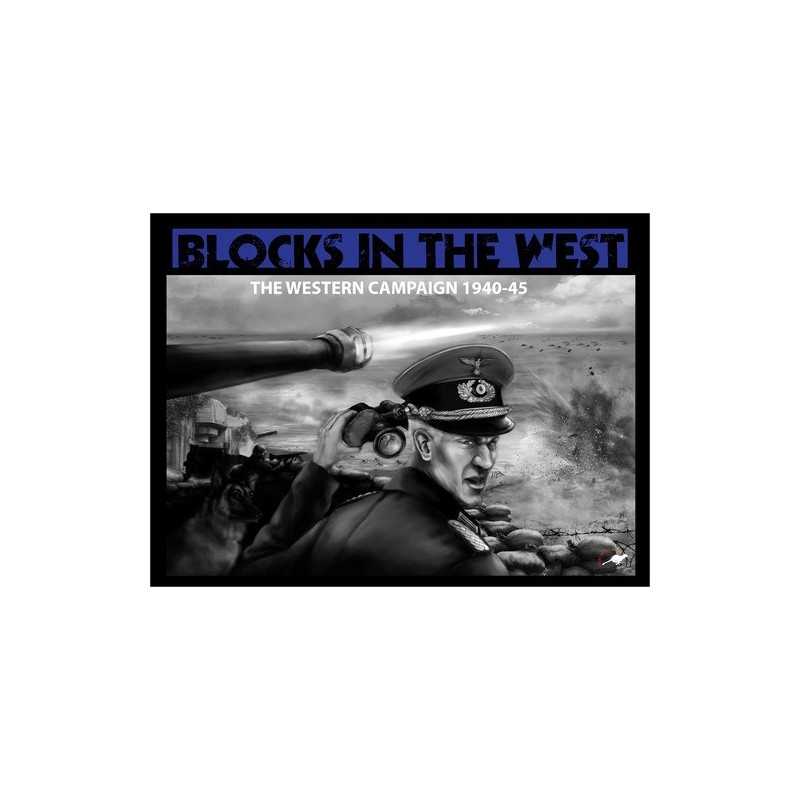 Un wargame de bloques de Emanuele Santandrea. Early in the morning of May 10, 1940, under the Codeword Danzig, Fallschirmjäger from the 7th Flieger Division and 22nd Luftlande executed surprise landings at Den Haag, on the road to Rotterdam and against the Fortress of Eben Emael in order to facilitate German Army Group B's feint advance in Belgium

Early in the morning of May 10, 1940, under the Codeword Danzig, Fallschirmjäger from the 7th Flieger Division and 22nd Luftlande executed surprise landings at Den Haag, on the road to Rotterdam and against the Fortress of Eben Emael in order to facilitate German Army Group B's feint advance in Belgium, while the main attack was conducted by stronger Army Group A led by seven panzer divisions from the Ardennes, through a terrain believed uncrossable to armor units. France and the UK reacted immediately, activating the Dyle-Breda Plan, and thus committing their best forces directly into the trap. Then in June the evacuation of Dunkirk was a partial success, but the battle for France was over with an astonishing German victory. Four years elapsed before the Western Allies would come back to the continent and thus finally defeat Germany.

Blocks in the West (BITW) recalls, in game form, the most decisive battles fought in the European Theater Front from the invasion of France until the collapse of the Nazi regimen in May 1945. BITW is a game of World War II conflict simulation at the operational level. Although based on historical events and battles, the players in command of the two factions can modify the evolution of World War II on the Western Front. The game is recommended for two, three or four players: one/two control the Western Allies and the other one/two control Germany and Italy. The game is imminently suitable for solitary play: the single player just controls both sides. In this case, playing with Fog of War is mandatory.

Developed on a wooden blocks and cubes system over an astonishing 124x87cm full-laminated multicolor map board, Blocks in the West includes no paper components other than the manual. All of the over 900 wooden/plastic components/stickers have been created by the best Italian artisinal industry and painted A buratto, a technique usually adopted for painting car parts and accessories. In terms of scale, a hexagon is approximately 44 miles (70 km) across, a game turn is one month long, and a full-strength counter represents a major military formation (normally a corps) of ca. 30,000 men, 300 Tanks or 300 planes depending on the unit type, equipment, nationality, etc

The rules are divided into three major sections which can be learned one at a time. The basic game rules introduce the basic concepts and enables players to start playing the game without too many rules to remember. Then the advanced game rules provide more specific and detailed rules for an enhanced realism, such as the use of fuel and the advanced production system. Finally, for those players who want to get the best out of the game, optional rules can be added as desired; these include Technology Research, Strategic warfare over German factories and U-Boot Campaign in the Atlantic Ocean, Amphibious Invasions, and Parachute Assaults.