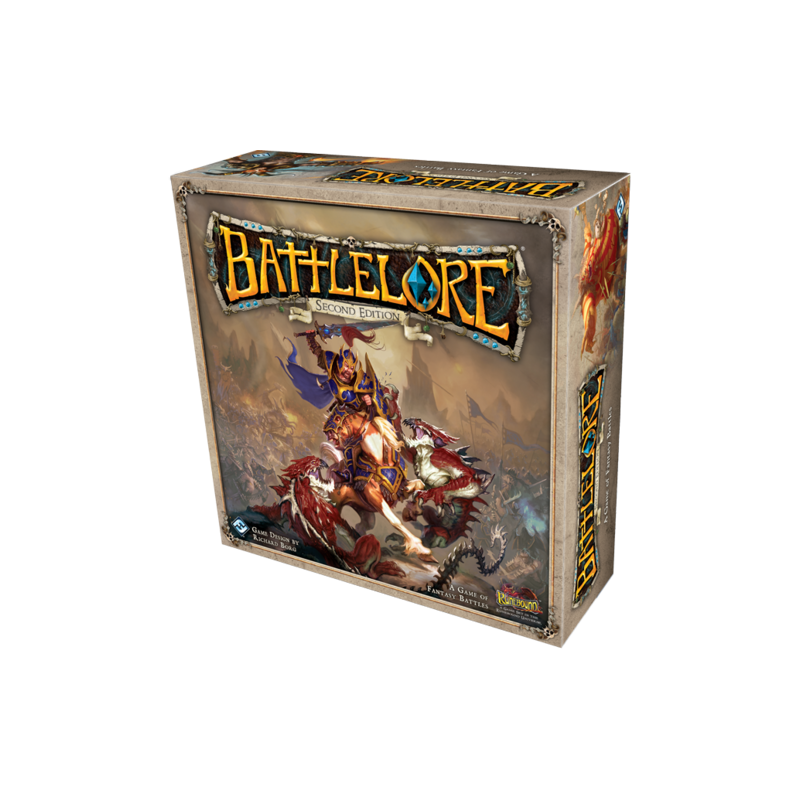 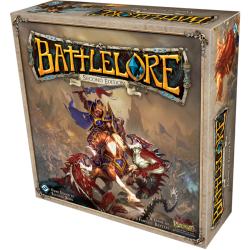 Prepare for fantasy battles beyond your wildest imagination with the onslaught of BattleLore Second Edition. Set in the fantasy realm of Terrinoth, BattleLore Second Edition is a two-player board game focused on squad-based battles between the hardy defenses of the Daqan Lords garrison in Nordgard Castle and the unleashed ferocity of the demon-worshipping Uthuk Y’llan. You must strategically command your troops and use the power of lore to tip your battles in your favor.

In every game, you will create new maps and scenarios, before mustering a new army for each game, so you can tailor your army to suit your favored play style. Command armies of fearsome warriors and deadly creatures, and lead them against the enemy in this intense game of warfare and military strategy. By seizing victory points from objectives on the battlefield and by eliminating enemy units, a skilled commander can raise his banners as the victor over the borderlands of Terrinoth!

BattleLore Second Edition comes with a game board, ninety-two detailed figures, forty-three map overlay pieces, more than one-hundred fifty cards, rules, four custom dice, and everything else you need to win the borderlands of Terrinoth!